Reasons to Renew Your Vows Part 1 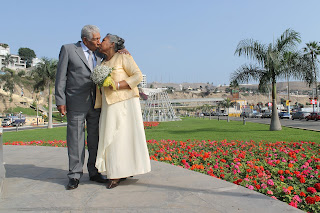 Unfortunately, divorces are becoming more prominent in society; with around 40 to 50% of first marriages ending in one. However, that doesn’t discourage people from joyously marrying their significant others or even saying “I do,” a second time around. Couples choose to renew their vows for a variety of reasons, but either way, vow renewals give couples the opportunity to form another fond, loving memory to share. Here are some of the most common reasons couples decide to renew their vows.

Often, young couples don’t have the extra funds to have the wedding of their dreams. This can result in a variety of outcomes from the bride not having her dream dress to the couple not being able to invite as many people as they’d like. Later on, spouses may find themselves more financially stable, allowing them to renew their vows with their dream ceremony.

As mentioned above, divorces are on the rise. This gives even more reason to celebrate a 1st, 5th, 10th or 20th anniversary! When a couple has reached one of these milestone anniversaries, it’s a great opportunity to celebrate their love and unity with family and friends.

A lot of couples get married before they have started a family together, or before meeting lifelong friends they wish they could’ve had at their nuptials. Vow renewals allow couples to include their children in the ceremony or even have people who couldn’t make the original wedding.

If you and your significant other are considering a vow renewal, what better way to do it is there but a sunny beach destination? Consider a destination wedding in Florida for your second “I do,” for an unforgettable experience.
Posted by Fl Destination Weddings at 7:01 AM

Email ThisBlogThis!Share to TwitterShare to FacebookShare to Pinterest
Labels: destination wedding in florida